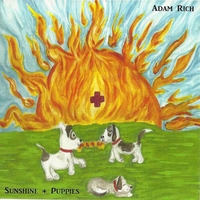 
Cleveland music scene veteran Adam Rich has assembled quite a crew of musicians for this latest release. I imagine that this is due to several factors. He knows lots of people and has been in a lot of bands. He’s an excellent musician and songwriter with good material for colleagues to work with. And he doesn’t sing, so he needs other folks to do that for him. Hence (I love that word), he has some 20 guests on the album, including old bandmates and other prominent musicians in Cleveland. The result is quite the strongest material that he’s ever done.


First, since the opening track is an instrumental (so are “HarrisJam” and “Super Shopper”), you’ll notice Rich’s very impressive guitar work. Runs influenced by Joe Satriani and Eric Johnson, there’s an 80s-90s vibe to the music, which is okay by me. He also surrounds himself with fine musicians, including drummer Kurt Bernardo. As for the guest singers, I find Madelyn Hayes’ R&B styling (“Wrong Side of Cool”), and Jerry Principe’s punkish voice (“Sunshine & Puppies”) are standouts.


Of course, the title of the album is ironic, as that hardly seems Rich’s outlook on life, although I think he wishes it was. Never let it be said that he writes generic songs. “I love you, baby,” “Don’t leave me,” and “I’m gonna party” are not part of his musical vocabulary. Not that he doesn’t address those themes in some fashion, but his songs are instead, intensely personal. The lyrics are about his actual life, real events, good or bad, normal or bizarre, with little left behind or hidden. I wish I had the guts to write like that. Sometimes the narratives are funny, as with “Too Many Tacos,” a song about a restaurant he frequented, or “Superfan,” about a girl who followed one of his bands. Other times they are very uncomfortable, as if one is peeking into his underwear drawer (“Wrong Side of Cool”), or in the case of “Mother’s Day,” visiting the graves of his parents, or talking about his deceased father’s chair (“One Black Chair”). Funny, sad, driving, sometimes all at once. Life on his sleeve and music as catharsis is what you get with Adam Rich.


I’ve listened to Sunshine & Puppies four times now, and it holds up. This is a fine album, and I recommend it as both a musical peak for Adam Rich, and a fine collection of rock music. 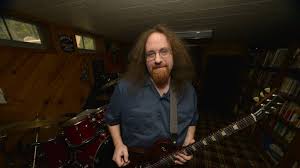