Winslow. Left of the Right Direction 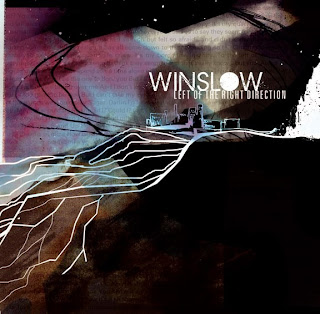 Winslow is a metal rock band from Cleveland, Ohio with some very fundamental jazz elements.  They are an interesting band composed of several members including Maurice Martin on vocals, Charlie Trenta on guitar, Matt Tieman on Saxophone and Danny Kolliner on bass.  Their drummer is Jesse Marquardt.   Winslow has headlined for bands such as Earth, Wind and Fire and OAR already, and has taken a step to become one of the rising acts out of the entire Midwest.  Martin delivers powerful raspy soulful vocals and to me stand out as a key piece in the band.  Trenta uses his improvisational skills and is technically a very sound musician along with Matt Tieman, who adds so much jazz influence to the group’s sound.  He was nominated Best Cleveland Horn Player and really adds a unique instrumentation to the band.  Drummer Jesse Marquardt plays harder on the set than anyone I’ve heard in some time.  Finally Kolliner keeps the groove going with varying bass techniques completing the lineup.


Their second album, Left of the Right Direction, is a great example of true talent and originality.  It seems like there is just a lot of energy around this group making them a really fun band to listen to.  On a track like “Nothin’s Easy” the saxophone gives the tune a great jazz feel.  This song is really nice displaying the harmonic balance in the band’s vocals.  I think that is the most intriguing part about the music is the combination of jazz, rock, soul, and funk.  The versatility of Winslow stands out and will expand the possibilities of what they can accomplish in the studio now and in the future.  A particular favorite track of mine is “Alone Tonight” because it has such an infectious groove featuring the guitar and saxophone providing strong additions to the musical arrangement.  A song like “Stand” clearly incorporates driving metal/rock elements too, topped with a powerful guitar solo.  “Clarity” is another song that I think is excellent in its own way because of the well written lyrics and the ability for the band to have different styles coming through at one time.

I think this album is fantastic on so many levels.  Winslow is a maturing band with so much talent and an ever important original quality to them.  The band is currently on tour in Northeast Ohio in over the next few months and I would recommend going out to catch a show live.   The lead vocals are superb but that can be said for all the harmonies and instrumental parts as well.  Everything is grooving in time.  I see Winslow doing something like Earth Wind & Fire or Chicago did with a horn section back in the 1970s.  Winslow has just adapted the horns to fit a more modern rock and soul type of feel in their music.  The band Winslow is definitely on the verge of something big with the versatility and creativity they have in their lineup.  After listening Left of the Right Direction   I know that Winslow is one of the most interesting groups I’ve heard in a long time. 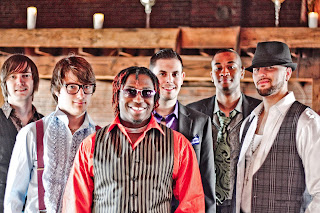